Betty June Walker (92), the mother of my wonderful cousin, Brenda Walker Kearns passed away on May 31st, 2017 in her home in Hartford City. I have met Betty several times during my visits in Hartford and her visit in Germany in 2002. She was a great lady with a big heart. I  will allways remember the times we spent together.In 2016 Betty and her husband Charles gave an interview which was published in  the booklet “Speaking of yesterday – Women of Worth”. The title of the article was:

Farming through the depression.

Ninety-four-year-old Charles Walker is a farmer. “I farmed all my life,” Charles spoke proudly, reminiscing on his past. “This was before we had tractors. Everything was done with horses,” he added.

“All except two or three years of our lives,” Charles’ wife, 91-year-old Betty Walker, added.

“I’ve seen so much change in Agriculture, it’s unbelievable… We shucked corn by hand, that’s why we had corn pickers,” Charles explained.

“I won the county contest back in ’39, junior contest, cornhusking, and I went to the district… I didn’t do so good there. I was up against the big boys from the big counties, but I had fun,” he smiled.

Charles and Betty grew up during the Great Depression, when times were tough. Despite this, they don’t remember their childhoods being rough.

Betty recollected, “I didn’t know we were poor, I was happy.”

As Charles claimed, a lot has changed since they were kids. Betty attended school in Hartford, and Charles attended school in Montpelier. Before her senior year Betty moved to Fort Wayne, and she only had to attend school for half the day.

“The guys were all in the service, and so, they were begging, just anybody (to) come in and work … 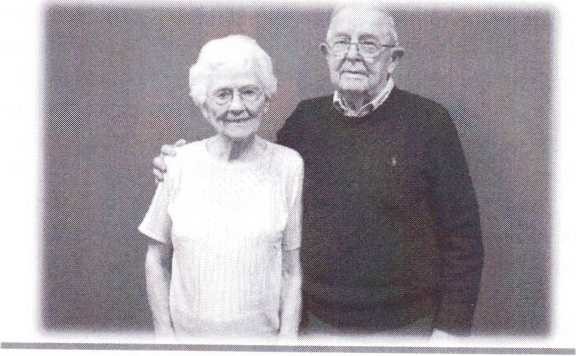 “We have been married for over 70 years, and I’ve been so blessed to have her as my partner 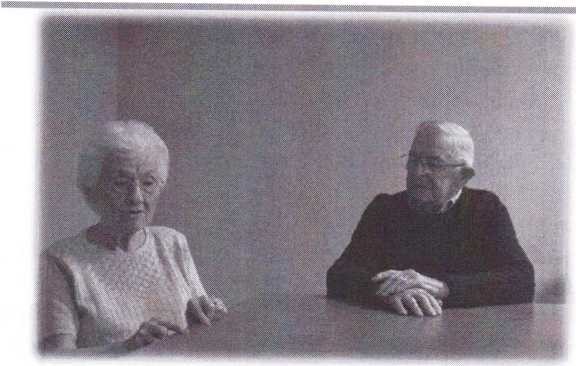 In the afternoon most of us had a job to go to,” Betty noted.

As a young adult, Charles never fought in the war.

“I didn’t go into the service because we were fitting a lot of livestock and I was deferred … they felt that they needed food and that was critical at that time,” he said.

Charles quietly added, “It bothered me some. I didn’t want to go, but my friends, cousins, did. And, it bothered me.”

However, both he and Betty were busy at home. Charles attended a few classes at Purdue University and continued farming. While Charles tended to the crops, Betty interviewed people for ration books.

“They were little red tokens about as big as a dime, and that’s what you used. That was a rough time. But it didn’t seem that way because it wasn’t, well, you didn’t feel involved. You weren’t being bombarded here and there and somewhere else,” she explained.

Both remember the war and how it impacted their lives.

“Everybody … was involved in some way, helping with the war effort. Everybody,” Charles stressed.

Even shoes were rationed —the ones that weren’t would fall apart easily. Despite the difficulties, Charles still made a point to visit Betty.

“I would go see her about every other Sunday, and once in a while I would drive my dad’s car, but several times I rode a bus up to Fort Wayne at noon on Sunday after going to church and come back home that evening on a bus. So we didn’t get married then until after the war was over,” Charles related.

Charles and Betty kept their engagement a secret. Only their families and their pastor knew they were getting married. They both were in the choir, so immediately following church services on Nov. 4, 1945, they took their robes off, “walked over and got hitched.”

“That’s the way that happened,” Charles laughed. “Nobody knew; didn’t cost us anything.”

Betty gave birth to one son, Fred, and two daughters, Brenda and Margo. Today, they have six grandchildren and six great grandchildren.

“I’ve been so blessed being raised on a farm, having the opportunity to farm all my life.”

“We have 10 in our family that went to get a College degree… all ten of them are from Purdue University. I know someday that string is going to be broken, but, we’re proud of that,” Charles smiled.

“Growing up on a farm, it was a lot of hard work, but it’s a wonderful place to raise a family,” he continued.

“I still help a little on the farm. My son and grandson now have a sixteen row planter, and everything is computerized … it maps a tail, tells the acres, the yield, the moisture content, and it’s just unbelievable what had developed in agriculture in my lifetime,” he said.

“I’ve been so blessed being raised on a farm, having the opportunity to farm all my life. It’s something that I enjoyed, and we have been married over 70 years, and I’ve been so blessed to have her as my partner. So, that’s pretty much my story,” Charles finished. He took ahold of the Purdue hat sitting across from him and smiled.