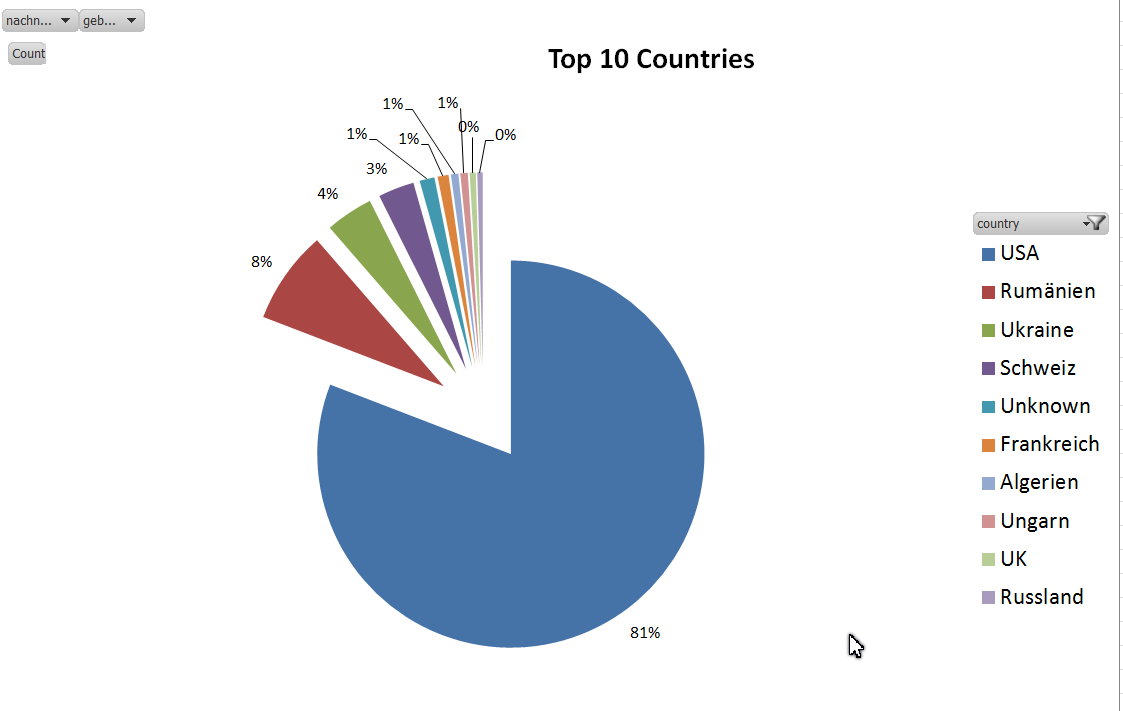 This graph shows the extremely high portion (81%) of emigrants who settled in the U.S.

Top 10 distribution according countries – for the name Kemmler only 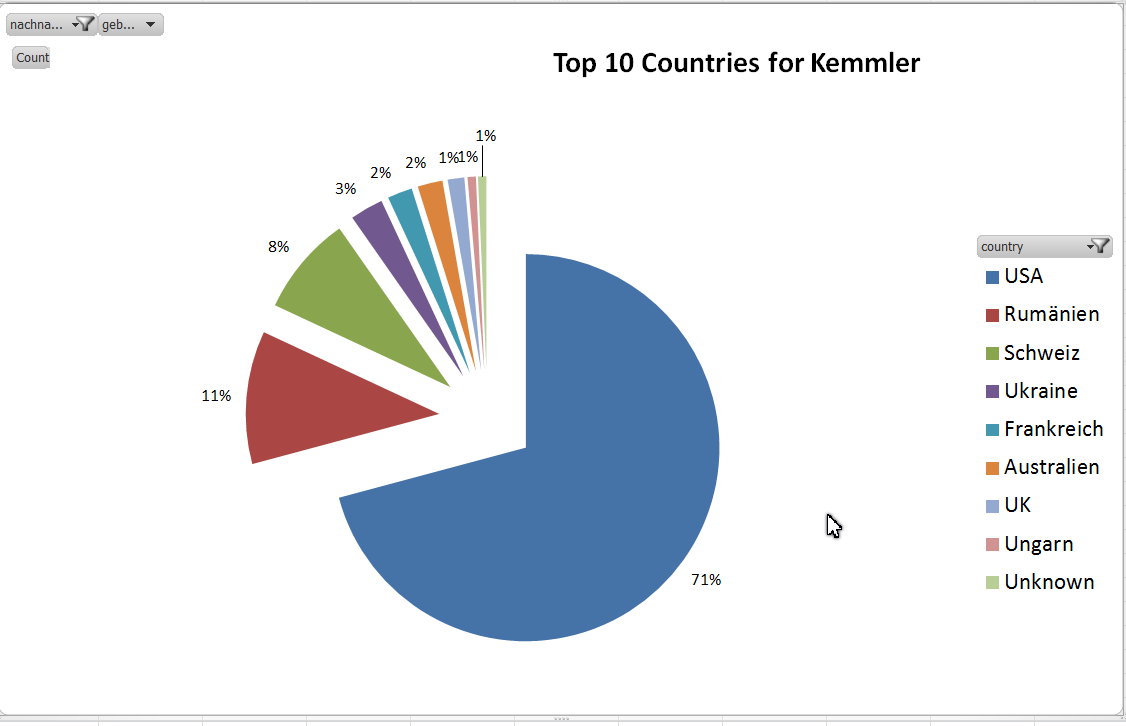 For the Kemmler portion the US part is about 10% smaller than for all emigrants.

Top 10  distribution according countries for emigrants from the Haerten area 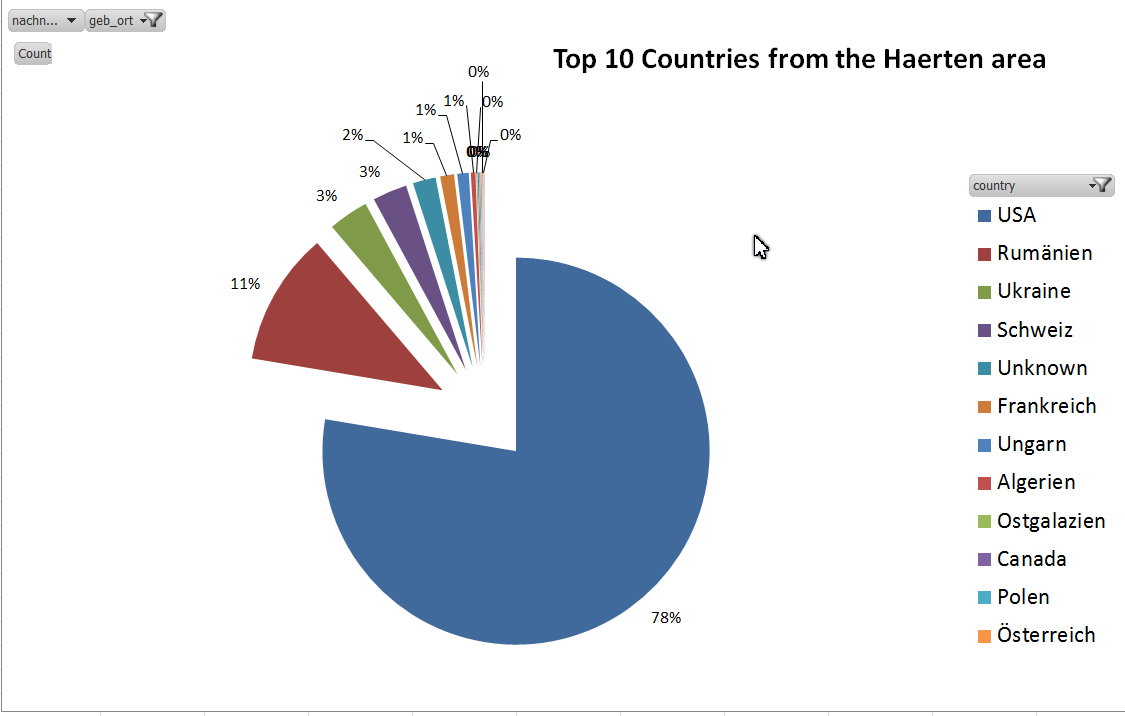 The emigrants from the Haerten area show a quite similar distribution than the overall number of emigrants. 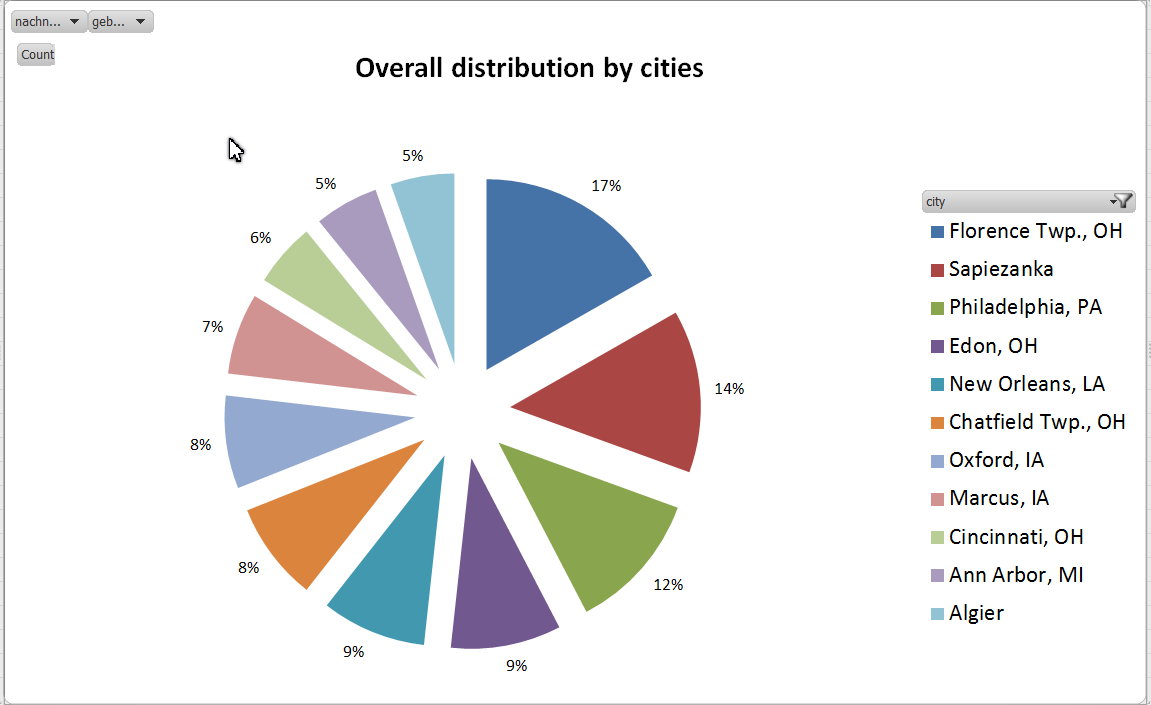 There is no big surprise that Florence Twp. in OH  has a leading position. However the no 2. with Sapiezanka in Transylvania surprised me totally.

Distribution by cities for the name Kemmler 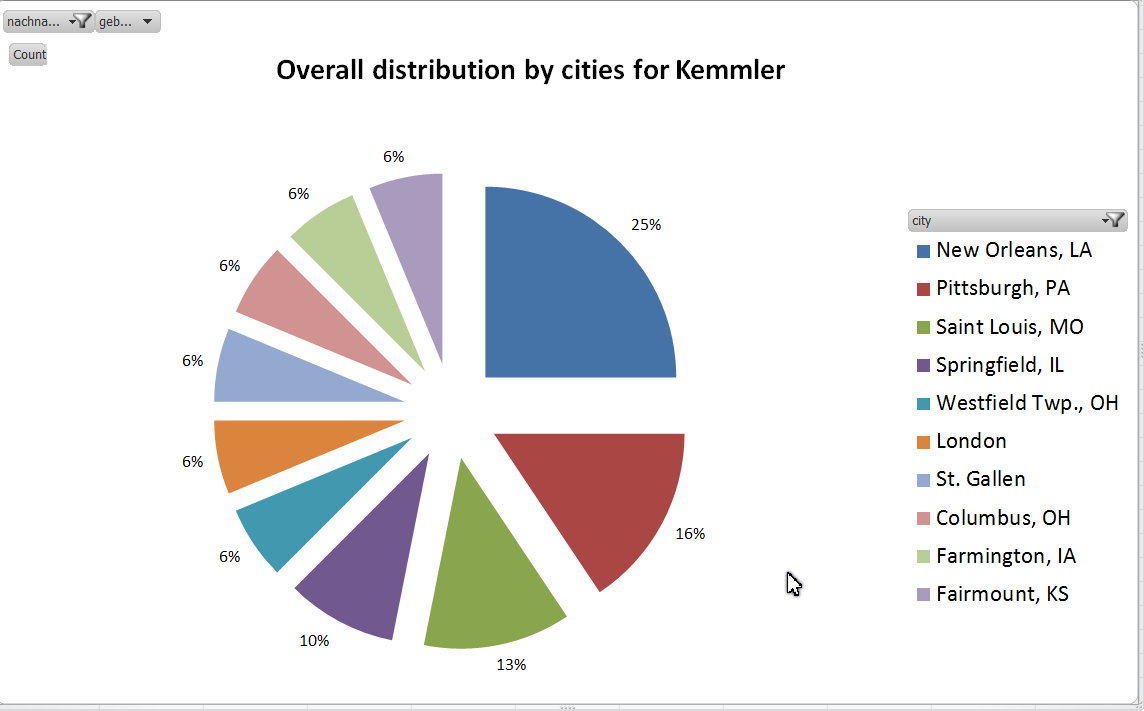 Selecting only the name Kemmler shows again quite a big difference to the overall distribution. New Orleans dominates the ranking with a share of 25%.

Distribution by cities for the emigrants from the Haerten area 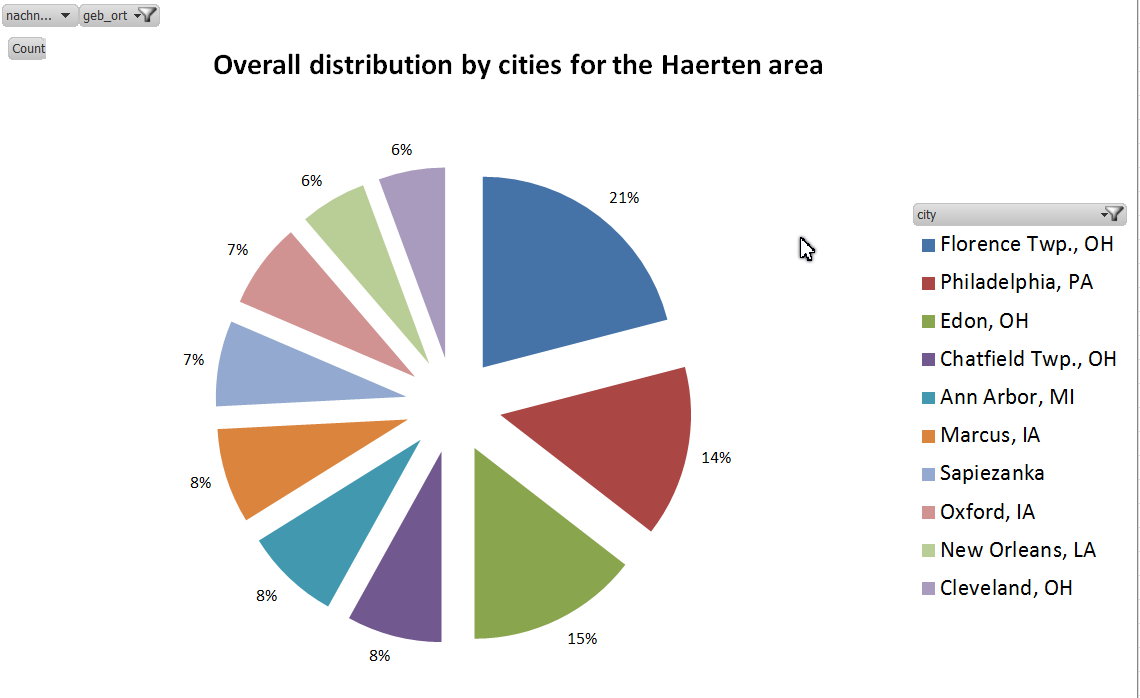 No surprise here. This chart is close to the overall distribution.

In order to allow you to do your own analysis  I have stored the underlying Excel file on the web server for download.

In case of a non-North American category you will find the area in the county field.

For the first time I have done a comprehensive analysis of all the  emigrants listed in my database and split them by North America and other countries. Here is now the part for the other […]

Available information During the last days I have made an update on the statistics in my emigrant database. The total number of persons who emigrated to North America is 1.423 whereof 2 settled in Canada […]