For the first time I have done a comprehensive analysis of all the  emigrants listed in my database and split them by North America and other countries. Here is now the part for the other countries.

Sources for selecting the destination was the place of death if available and secondly the information about the emigration target if no death information is available. 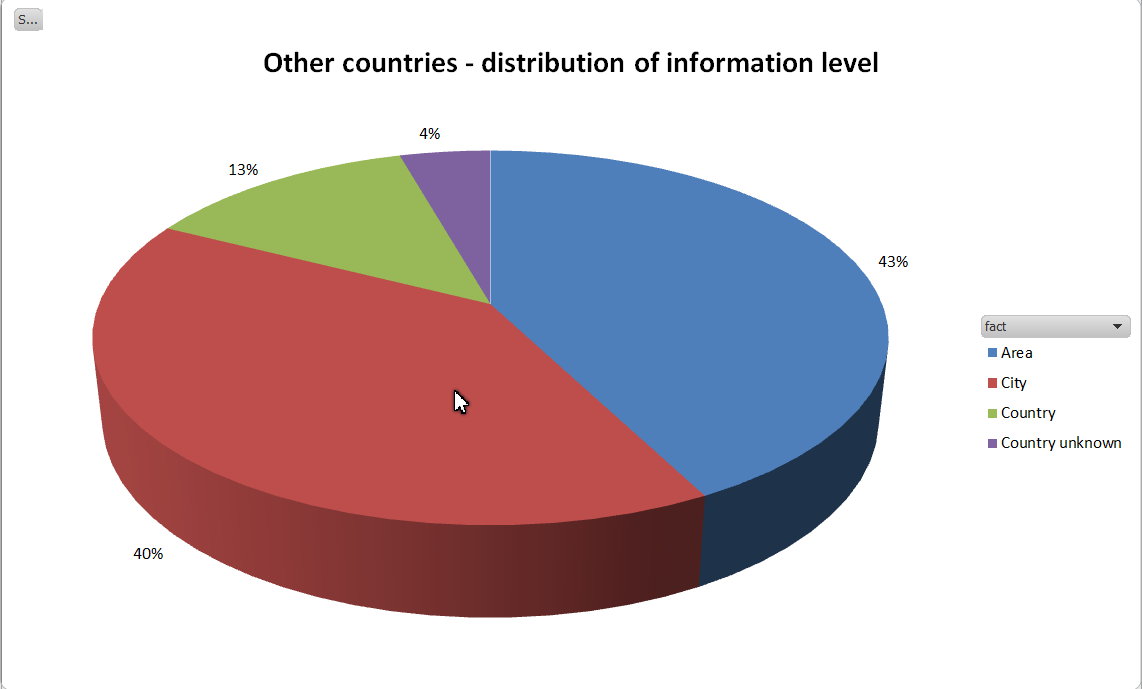 For 4% of the emigrants I have currently no idea in which country they have finally settled or where they died. But for 40% I have information about the city and another 43% about the area they have settled. Let’s break it down a bit further.

As it is difficult to manage multiple languages within the family research program I decided to keep the German legend and you find a translation below the chart.

The 40% for Romania are basically 100% of the area of Transylvania (Siebenbuergen). The Ukraine consists of three main areas, Galizia (54%), Bessarabia (23%) and Poldolia (21%).  Later generations from the emigrants settling in Bessarabia have been resettled to Poland by Hitler and then towards the end of WWII trying to escape the Russian troops towards the Western part of Germany. I have made a contact to one of the descendants who told me very interesting stories about the life in Bessarabia. I will post an article at a later stage. Emigrations to the East happened mostly in the years 1846 and 1847. Surprisingly one family went to Algeria to settle there.

The chart clearly indicates the dominance of the Eastern regions followed by the neighbour countries France and Switzerland. My assumptions would be that those were very often driven more by profession or marriage arrangements.

I provide you two Excel files for the download.

For the countries outside of North Ameria I have used the county field to display the area/region.

Available information During the last days I have made an update on the statistics in my emigrant database. The total number of persons who emigrated to North America is 1.423 whereof 2 settled in Canada […]