The subsequent chart illustrates the percentages about the level of detail I currently have in respect where they finally settled or died.

49% are still not known but for at least  for 71,6% of the known US emigrants City information is available.  Hopefully we can reduce the number of unknowns over time. 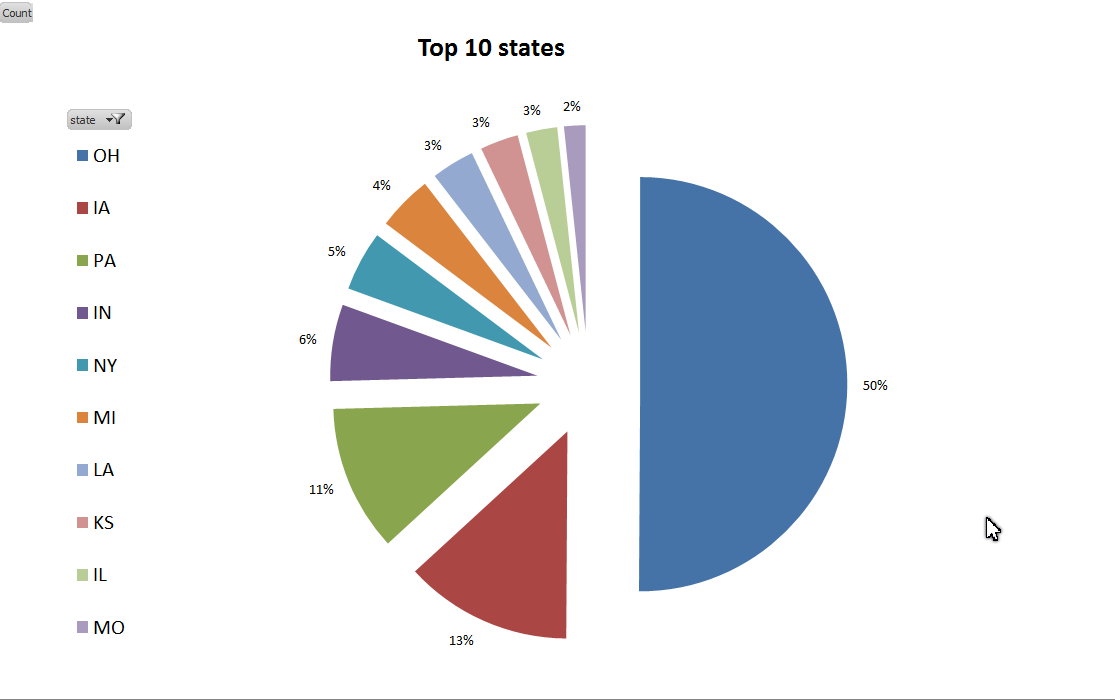 50% of the emigrants settled in Ohio! That’s amazing! 13% in Iowa and 11% in Pennsylvania have addition major shares. 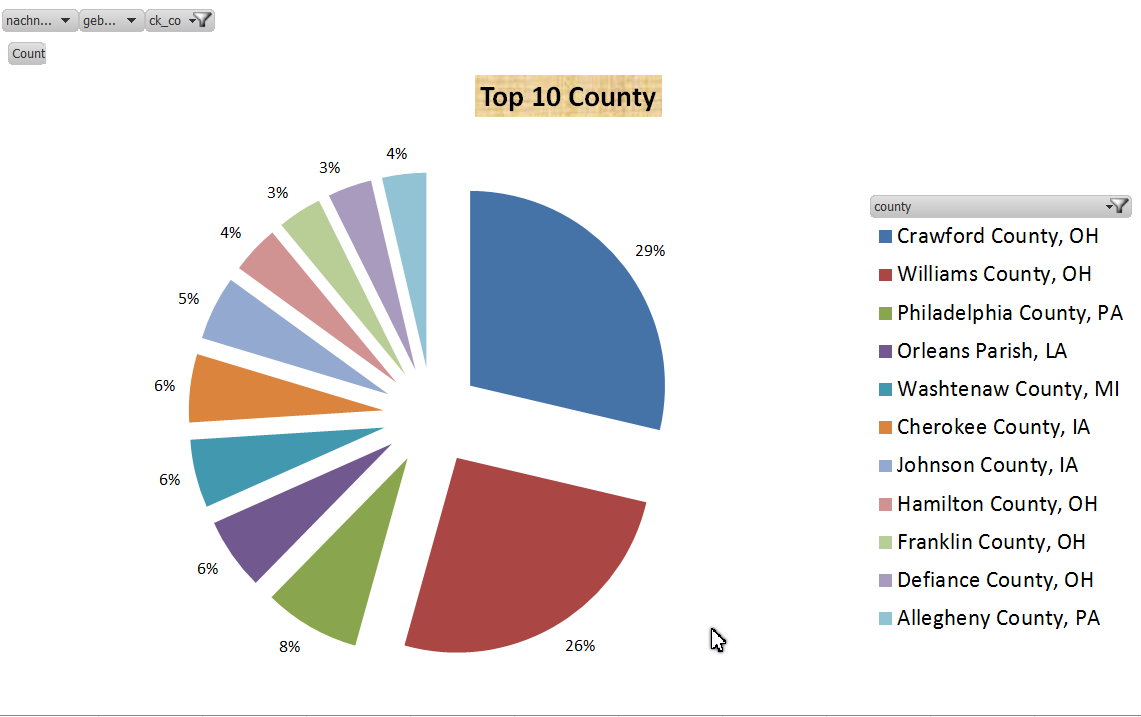 Crawford Co. (29% )and Williams Co. (22%) are the most favorite counties for the emigrated people. 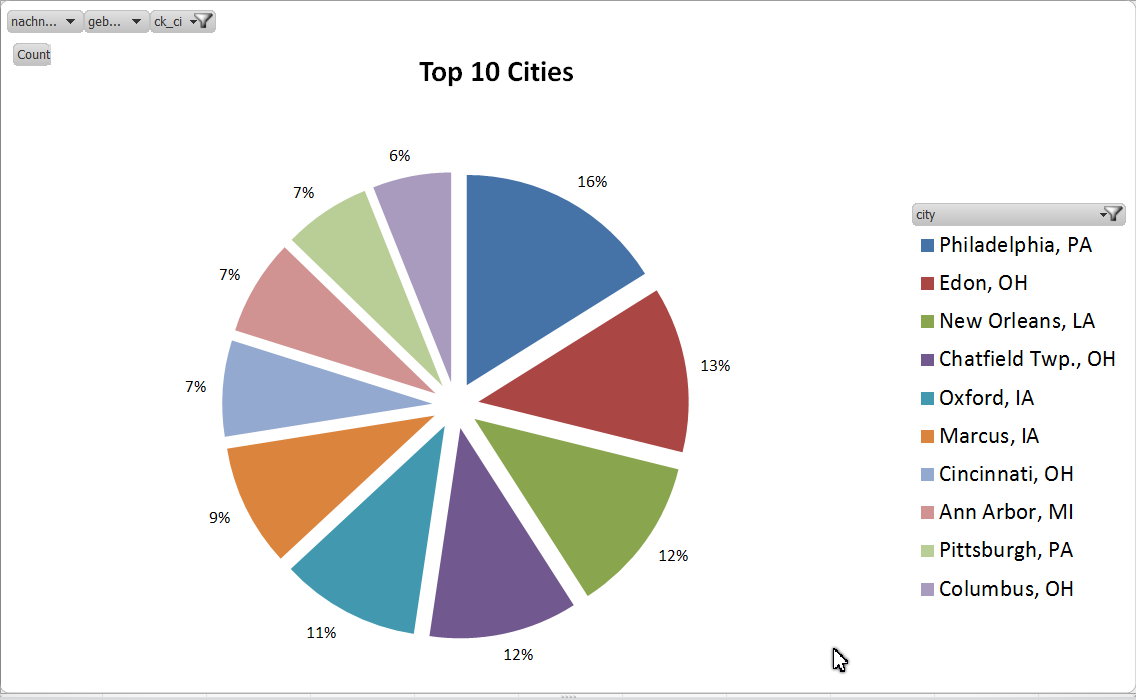 Interesting in this chart is that although OH is leading on a state and county basis, Philadelphia and New Orleans play a top role in the ranking. Nevertheless 4 cities in OH made it under the top 10.

If you want to do some additional analysis like filtering for one specific name or birth place you can download the Excel file with the date and the pivot tables and charts for your personal use.

For the first time I have done a comprehensive analysis of all the  emigrants listed in my database and split them by North America and other countries. Here is now the part for the other […]